“Of course I will keep fighting.”

“My hope is that this court will look at all the evidence and that there will be justice. Newmont is in this country and here is where they have control from. I want to live in peace. Of course I will keep fighting.” – Máxima Acuña de Chaupe, Plaintiff

Philadelphia was an exciting place this month! Not only did the Eagles win the Super Bowl- which the entire city celebrated, but we also had an oral argument in our case against U.S. mining giant, Newmont. 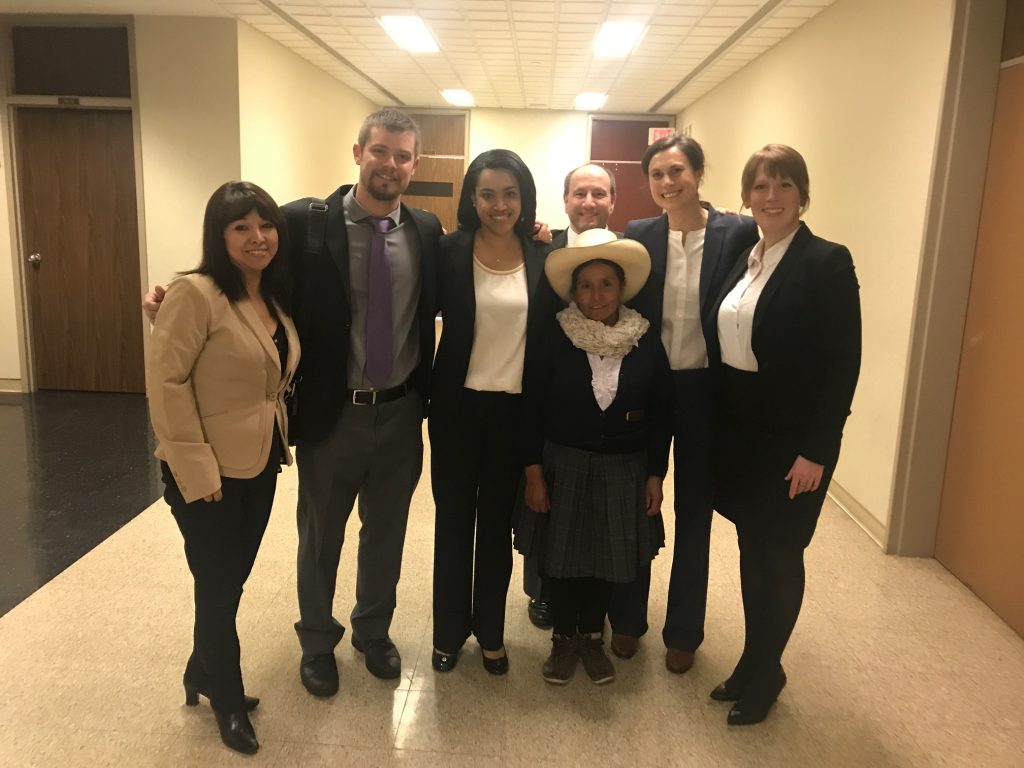 Together with Máxima Acuña de Chaupe, one of our plaintiffs in the case, we argued to keep the case in the United States. Newmont argued that the case should be sent to Peru. But the Chaupes have presented evidence that Newmont and its local subsidiary, Minera Yanacocha, have corrupted the local courts so that a fair trial for Máxima and her family would be almost impossible.

During the oral argument, ERI supervising attorney, Marissa Vahlsing, who argued the case on behalf of the Chaupes, told the U.S. District Court judge, “We came here because the courts in Peru are corrupt and Newmont has corrupted them. The people at Newmont in the United States are green lighting these abuses. That is why we are here.” 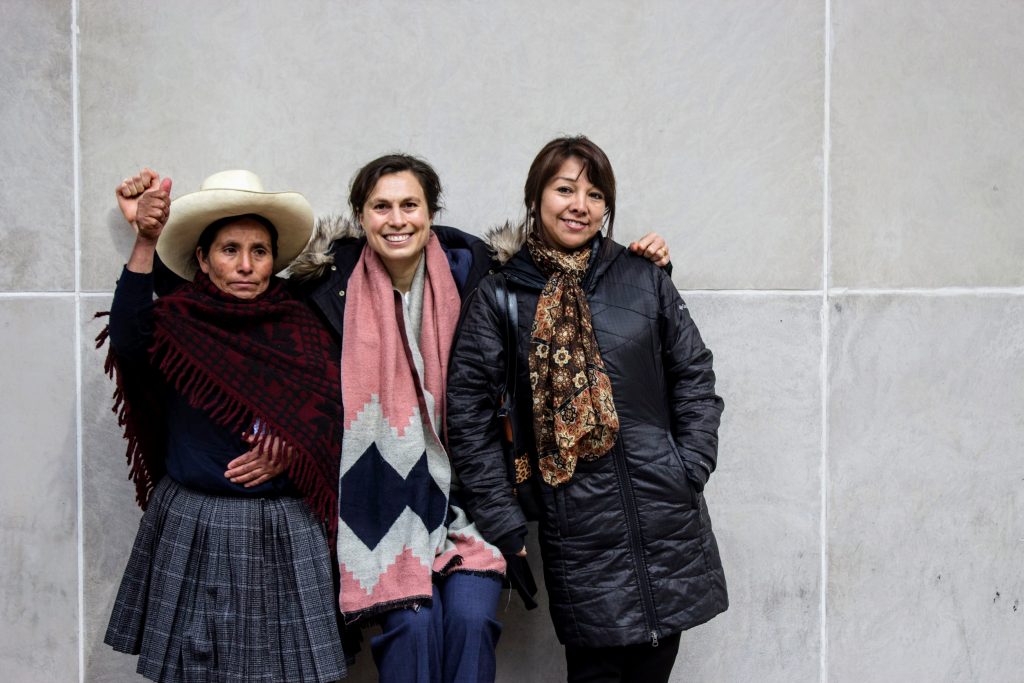 For those of you who don’t know the story, the Chaupes are subsistence farmers who reside in the rural highlands of Cajamarca, Peru. They have cultivated crops and raised livestock on a plot of land known as Tragadero Grande for over 20 years. In August 2011, agents of Newmont Mining Corporation attempted to forcibly oust the plaintiffs from their farm so that Newmont could expand their gold mining operations. Since then, the Chaupes complain that Newmont’s agents have used harassment and violence to try to evict the plaintiffs from their farm. The Chaupes have submitted videos and declarations showing that they have been physically attacked and threatened, and Newmont’s agents have destroyed their property and possessions, and killed or attacked their pets and livestock. They allege that Newmont has the power to cease these abuses but has declined to do so because the Chaupes stand in the way of Newmont’s plans to construct a massive gold mine. Máxima, the family matriarch, is a Goldman Environmental Prize winner. She was honored in 2016 for the struggle she has experienced defending her home and family.

In September 2017, we filed a lawsuit against Newmont to stop a pattern of harassment and physical and psychological abuse that the Chaupe family has suffered. This oral argument was one of the first hurdles we have to overcome to assure justice for the Chaupe family.

Now we wait. We wait for the judge to decide on whether the case should be heard here in the U.S., where the company is incorporated, or in Peru.