On 22 February 2013, human rights defender and researcher, Mr. Andy Hall was informed that a criminal lawsuit had been lodged against him, at Nakhon Prathom court on 14 February 2013. The case is based on a complaint filed by the Thai fruit processor Natural Fruit Company Limited in Pranburi, Prachuapkirikhan Province.

Mr. Andy Hall has been accused of broadcasting false statements under Thailand’s Computer Crime Act, a charge that carries a maximum jail term of two years and a multi-million baht fine, after he co-authoring a report with Finnwatch titled “Cheap has a high price: Responsibility problems relating to international private label products and food production in Thailand” that criticized the Thai company for its alleged use of Burmese child labor in one of its factories.

Natural Fruit has denied all wrongdoings. However, an inspection report prepared by Thai labor officials, leaked to public via the Thai Embassy in London following the release of Finnwatch’s report in January 2013, does not support the company’s view. Moreover, The most alarming findings according to the documentary video are based on interviews with Natural Fruit’s employees. The workers, some of whom were undocumented migrants, reported poor working conditions, unlawfully low wages, confiscation of official documents, use of child labor and excessive overtime.

On 13th September 2013, the Bangkok Southern Criminal Court continued hearings related to the two criminal charges brought by Natural Fruit against Mr. Andy Hall. An official court summons still has not been delivered to Mr. Hall, who conducted the field research for the Finnwatch report in 2012. An additional US$10 million civil defamation case against Mr. Hall, also brought by Natural Fruit, shall be heard again on 7th October.

Mr. Hall told Britain’s ‘Daily Telegraph’ that he believed the charges were politically motivated. “There have been official attempts to silence me, and this court case is the last stage of harassment,” he said. “I think it’s ridiculous to bring a court case against someone like me. It sends a very negative message to the outside world.”

According to a recent article in the Economist, when it comes to problems of illegal immigration and forced labor, Thailand is on a par with Afghanistan, Chad, Iraq and Niger. Thailand sits on the US State Department “Tier 2 Watch List”, one category above the lowest rating.  Moreover, the Office of the United Nations High Commissioner for Human Rights (OHCHR) published a letter last week to the 24th Session of the UN Human Rights Council in Geneva. In the letter, five human rights rapporteurs demanded that Thailand shall promptly explain how labor conditions at Natural Fruit were assessed and raised serious concerns regarding harassment of Mr. Hall and guarantee that the rights and freedoms of Mr. Hall are respected and, in the event that Thailand investigations support or suggest the allegations to be correct, the accountability of any person responsible of the alleged violations should be ensured. Thailand has provided only a partial response to the OHCHR’s letter.

The Thai Court should respect Thai law and procedure regardless of external political pressure and if is clear Mr. Hall’s research is credible, then it must dismiss the charges. Human rights defenders, including organizations, researchers, activists and journalists, should be able to promote and protect human rights free of harassment. Meanwhile, you can play your part in supporting and joining the Andy Hall campaign in order to ask the Thai company to drop the charge against Mr. Hall. This will send the message to the Thai company that it needs to treat its workers fairly and provide a safe working environment. 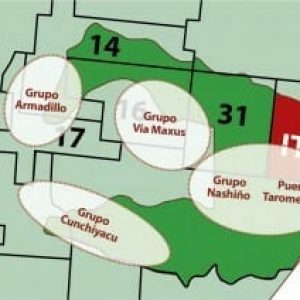 Mourning for Yasuni and Mother Earth 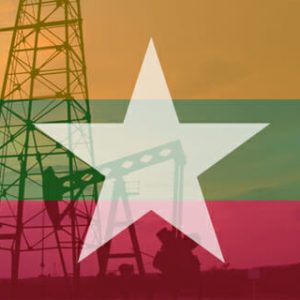