Last week, I finished working on the final brief of ERI’s client, Oxfam America, in the District Court lawsuit that the oil industry has filed to overturn landmark transparency legislation, American Petroleum Institute v. SEC.  In this brief, my  co-counsel and I underlined the lies and misleading references that the American Petroleum Institute (API) has spun in order to turn a common-sense, straightforward disclosure rule into a bug-eyed monster.

API’s argument revolves around three main themes.  First, they say it would violate their First Amendment free speech rights if oil companies were forced to publish information on the payments they make to governments.  In other words, they claim that companies have a constitutional right to make secret payments.  This argument is the legal equivalent of “swinging for the fences,” because if the court agrees with API, it could actually overturn the law instead of just invalidating the regulations that the SEC enacted under the law.

It’s also the legal equivalent of a Hail Mary pass, because the argument is extremely thin.  In order to get there, API has to get the court to see these disclosures as a form of political coercion so that it can enjoy the same protections that political organizers receive when they seek to keep their supporters confidential.  To get First Amendment protection, you have to show that government is somehow controlling or chilling the expressive speech that you want make; it’s hard to see how these disclosures do that.

Of course, businesses can be required to disclose information all the time in the public interest, and it’s not political speech.  If API’s arguments were taken seriously, then the government couldn’t require companies to tell you what’s in the pesticides farmers use or to report to their shareholders on compensation arrangements for top executives.  So much for the First Amendment.

The second theme relates to costs.  The SEC, they say, estimated that these disclosures would be the most expensive in history – $14 billion, according to API – and it didn’t actually quantify any benefits.  Then, according to API, the SEC went ahead and chose all the most expensive options because it believed (mistakenly) that Congress had tied its hands.  But the big, scary number they throw around is an illusion.  No one but API ever said that the disclosures would cost $14 billion.  Instead, the number is based on oil companies’ unsupported claim that four countries don’t allow companies to report their payments, and that those countries’ governments will kick oil companies out rather than letting them follow the U.S. law.

API conveniently ignores the fact that the four countries they’ve identified don’t actually prohibit disclosures.  In fact, the SEC rejected their evidence for these supposed prohibitions, declaring that it was “unpersuasive” and contested by others.  So much for the massive costs.

The third theme relates to confidentiality.  API constructs a complicated argument to support a bizarre idea: that Congress went through all the trouble of requiring companies to disclose payment information in their annual reports, but actually wanted the SEC to keep those reports secret.  API makes much of the fact that the law asks the SEC to make a public compilation of companies’ reports, which they say could leave out a lot of details and protect their interests, but it’s clear that this compilation was intended to exist on top of the public annual reports.  Never mind that annual reports are prepared primarily for investors – i.e. the general public – and that the Senators who sponsored this provision intended to give communities in resource-rich communities a picture of what is being paid to their governments for the exploitation of oil, gas, and minerals.

This Friday, the API will have one more opportunity to make its case in writing before oral arguments in June.  It will be interesting to see if they can provide anything other than misdirection to the Court. 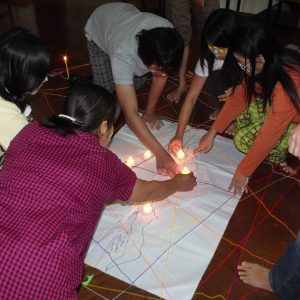