Over the winter holidays, just when you thought not a creature was stirring, two courts – including the first appellate court to do so – issued decisions in historic Alien Tort Statute (ATS) cases that make clear that the Supreme Court’s recent decision in Kiobel v. Royal Dutch Petroleum Co. does not end the prospect of transnational ATS litigation.

First, in Doe v. Nestle, the Ninth Circuit Court of Appeals vacated a 2010 district court decision which had held that the plaintiffs (three Malian children who allegedly performed slave labor on plantations in the Ivory Coast) could not bring claims against Nestle and other corporate defendants for alleged complicity in violations of international law because the ATS did not permit suits against corporations. The Ninth Circuit panel disagreed with that ruling and held that corporations “can face liability for claims brought under” the ATS. This Ninth Circuit panel was the first one to directly decide this issue since the Supreme Court’s decision in Kiobel. In reaching its decision, the panel rejected the Second Circuit’s 2010 decision in Kiobel  (which had rejected corporate accountability) and noted that the Supreme Court’s recent decision in Kiobel supported the contention that corporations may be liable “so long as presumption against extraterritorial application is overcome.”

In the same opinion, the Nestle panel also suggested that a showing of “specific intent” is not required for aiding and abetting liability in ATS cases, although Judge Rawlinson dissented from that point. This is significant because here too the Ninth Circuit disagreed with recent Second Circuit holdings on this point.

Meanwhile, on the other side of the continental divide, a district court in the Southern District of New York (J. Shira Scheindlin) issued a decision in the historic In re Apartheid litigation. The Apartheid case involves claims brought by South African plaintiffs against IBM, Ford and Daimler A.G. (a German corporation) for alleged corporate complicity in crimes of the South African apartheid regime. Much like the Kiobel case, the Apartheid case spent several years bouncing between the district court and the Second Circuit Court of Appeals — and Judge Cabranes has sat on appellate panels in both cases. In fact, a few months ago, Judge Cabranes authored a somewhat remarkable decision strongly suggesting that the district court, upon remand, should categorically dismiss the Apartheid plaintiffs’ claims in light of the Supreme Court’s decision in Kiobel because they arose abroad.

Last week, the district court in New York declined to read Kiobel so narrowly. The court agreed that the Apartheid plaintiffs’ claims against German defendant Daimler A.G. should be dismissed because they “failed to show . . . the actions of  . . .the foreign defendants [could] touch and concern the United States with sufficient force to rebut the presumption against the extraterritorial reach of the ATS.” However, the district court declined to dismiss the claims against the U.S. defendants IBM and Ford. Instead, the court asked the plaintiffs to brief the question of “whether a corporation may be liable for violations of the ATS” – noting that this remained an open issue in the Circuit “despite” the Second Circuit’s 2010 decision in Kiobel.

Thus, like the Ninth Circuit in Nestle, the district court in New York took the view that the Supreme Court’s decision in Kiobel has not foreclosed cases against corporations under the ATS, even if that was the issue that first provoked the Supreme Court to take up the case. To the contrary, as ERI has argued in past briefs, the Supreme Court’s opinion in Kiobel may have undermined or at least called into question the basis for the Second Circuit’s 2010 Kiobel decision limiting corporate accountability. Whether or not other courts will agree remains to be seen. But 2014 will be a year to watch. 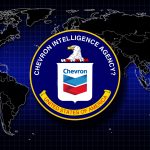