A new investment law has been rushed through Burma’s Parliament, with the Upper House giving its approval on Oct. 6. According to the Myanmar Investment Commission, the law is expected to take effect soon.

EarthRights International and other civil society groups are concerned that the consultation period for the law was too short, and the law itself is incomplete and too weak to secure responsible investment in many of the country’s most destructive industries. Despite the ruling National League for Democracy’s rhetoric of responsible investment in the lead-up to the 2015 general election, the Investment Law is a significant disappointment.

The NLD government’s new sense of urgency in passing the Investment Law came in the wake of State Counselor and Foreign Minister Daw Aung San Suu Kyi’s visit to the United States, during which President Obama announced that the US would end its economic sanctions program and Responsible Investment Reporting Requirements for US investment into Burma. In response, lawmakers in Burma’s Upper and Lower houses felt pressured to enact the new Investment Law as soon as possible, leaving no time to properly debate the law’s terms and understand its implications.

Typically, a draft law will be debated in the Lower and Upper houses over a period of two to three months. In the case of the Investment Law, the draft was passed by both houses in under two weeks.

The Law represents a missed opportunity to introduce an investment framework that decentralizes decision-making power over large-scale investment projects, and ensures that the voices of local communities affected by massive development projects are heard. Despite paying lip service to investors’ environmental and social responsibilities, the new law fails to recognize affected communities’ right to an effective remedy against investors for breaches of the law.

Burma’s new investment law also gives the Investment Commission broad decision-making powers with little guidance and no effective oversight. This means that many projects in industries with enormous environmental and social footprints, such as mining, oil and gas, coal and hydropower may be approved without any meaningful constraints on the investment permit process, which is not clearly defined. When an investment is likely to have a significant impact on the environment and local populations, the commission is merely directed to give the proposal “necessary scrutiny” to determine whether it is “strategic for the Union.” This represents wide-ranging discretion, which should be bounded by strict rules that further define the terms of acceptable, responsible investment.

What is more, under the new law, only one among the new nine-member Investment Commission must be a democratically elected official—creating the risk that the majority will be drawn from private industry.

Crucially, the new investment law also fails to ensure transparency. The law does not oblige the Investment Commission or investors to make any information on investments publicly available. This is a critical oversight, particularly in light of Burma’s history of cronyism and corruption linked to investment in Burma’s wealth of natural resources.

As the government rushes to revise laws and procedures that impinge on investment—including those related to land tenure and the environment—little is being done by lawmakers to ensure consistency. For example, it is unclear in the new investment law how procedures for acquiring investment permits interact with the duties of investors to submit Environmental Impact Assessments (EIAs). So far, a lack of understanding over this relationship has meant that EIAs are not properly reviewed—yet permits from the Investment Commission signal a green light to investors for their projects.

Environmental and human rights groups in Burma, such as EarthRights International, had petitioned lawmakers to delay the enactment of the Investment Law until these issues were clarified and the terms of the law could be strengthened. However, it appears the NLD was more concerned with pushing the law through to encourage US investment.

The NLD has missed an important opportunity to strengthen participation in the legislative process and to enact a law that promotes responsible investment. Most disappointing of all, the Investment Law leaves the citizens of Burma vulnerable to multiple forms of harm at the hands of improperly regulated investment.

This op-ed was written by Kate Taylor, a legal fellow at EarthRights International. 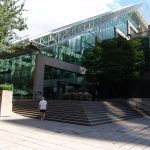 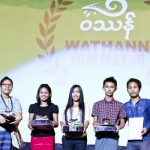