A federal judge in California has rejected a company’s dangerous attempt to stifle the free speech rights of environmental and social justice activists across the United States. A Canadian logging company–Resolute Forest Products–tried to use an anti-mafia law to seek hundreds of millions of dollars in damages from environmental nonprofit organizations Greenpeace and Stand.earth. In a decision on January 22, Judge Jon Tigar dismissed the claims.

Greenpeace, Stand.earth, and other environmental organizations have waged a long campaign to improve the company’s environmental practices in Canada’s boreal forest. EarthRights International assisted with their legal defense.

The decision came as a relief for activists around the country. A victory for Resolute would have inevitably chilled lawful advocacy for nonprofits across the political spectrum, threatening the democratic principles embodied in the First Amendment.

Under the Racketeer Influenced and Corrupt Organizations (RICO) Act, those who are harmed by criminal racketeering can sue for damages. Congress adopted the law as a tool to combat organized crime, but over the years, plaintiffs have applied it to a wide range of other issues. The law is particularly intimidating, because a defendant who is found liable is required to pay triple damages. For many, this can mean bankruptcy.

Recently, a law firm called Kasowitz Benson Torres LLP began experimenting with RICO as a way to limit the free speech of civil society organizations, with a specific focus on Greenpeace. If Kasowitz is successful, it could have a powerful tool to sue civil society organizations out of existence. According to BusinessWeek, the Kasowitz attorney leading the case suggested that more suits against Greenpeace might be coming: “I know others who are considering having to do so, and would be shocked if there are not many more.”

Kasowitz is an aggressive New York City-based firm with close ties to Donald Trump. In addition to Resolute, the law firm represents Energy Transfer — the company developing the Dakota Access Pipeline — in RICO lawsuits against environmentalists and Native American rights activists. Energy Transfer’s lawsuit against Greenpeace is still pending in U.S. federal court. (Resolute also has another lawsuit against Greenpeace Canada that is still underway in Ontario court.)

Katie Redford, Director of EarthRights International, said, “The corporate playbook is filled with a long list of dirty tactics to harass and intimidate civil society activists. But Kasowitz’s scheme to silence activists with anti-mafia laws is the kind of stunt you would expect under the most repressive, authoritarian regime.”

Companies have a long history of abusing the judicial system to stifle the free speech of their critics. Of course, not all civil lawsuits that raise free speech questions are problematic. Warning signs appear when a company retaliates against the lawful criticisms of civil society organizations by bringing a lawsuit that it has no expectation of winning.

For example, Resolute’s lawsuit was clearly baseless and designed primarily as an intimidation tactic. The company based a large portion of its argument on the contents of an alleged memorandum written by the environmental organizations. Its complaint quoted repeatedly from this document. But during the hearing in May 2018, when Judge Tigar observed that the memorandum was “notable by its absence,” the Kasowitz attorney representing Resolute admitted that they did not have a copy, claiming that the memo was “explained” to Resolute “by somebody who saw it and took notes of it.”

Why would a company bring a lawsuit it does not expect to win? The reason: litigation is expensive. A company with resources can outspend its critics in the courtroom. Winning the lawsuit is not even necessary. If the company can keep the case in court long enough, it can drain the defendants’ resources, time, and morale, forcing them to back down. The tactic works especially well when a large company wants to harass smaller organizations or individual activists.

This bullying tactic is called a “Strategic Lawsuit Against Public Participation” or SLAPP. And Resolute’s lawsuit is a particularly dangerous type of SLAPP suit. RICO cases are even more expensive to litigate than typical SLAPP suits. The triple damages imposed by a RICO judgment could easily force a civil society organization out of business, or bankrupt a community organizer who dares to speak out.

The Kasowitz law firm has not successfully used RICO as a SLAPP tactic, but it’s still trying. If one company succeeds in bringing this type of SLAPP suit, other companies are sure to follow. If RICO SLAPP suits become a viable threat, companies will be able to silence activists just by threatening to drag them through expensive litigation. Free speech and democracy would erode.

Fortunately, this has not happened yet. Today’s decision against Resolute provides some hope that any future RICO lawsuits against civil society will fail. But the threat remains strong, so long as companies and law firms are able to use the courts to harass their critics. Ultimately, we need federal and state legislation to stop this sort of behavior. Until that happens, we in civil society are ready to defend our free speech rights on a united front.

For more information, visit the website of the Protect the Protest task force, a campaign created by EarthRights International, Greenpeace, Stand.earth, and other public interest organizations across the country to end the threat posed by SLAPPs.

The court’s decision is available here. This case is Resolute’s second failed attempt to sue Greenpeace and Stand.earth in U.S. courts. District Judge Jon Tigar dismissed all of the claims based on RICO, as well as most of the other claims under California’s anti-SLAPP statute. Altogether, he dismissed over 200 of Resolute’s claims in the lawsuit, leaving only a tiny piece of the sweeping case alive against Greenpeace Inc., Greenpeace International, and three individual defendants.

At this stage in the litigation, the court has to accept Resolute’s allegations as true when deciding whether to dismiss the claims. The remaining defendants are confident that they will prevail once evidence is presented, because their statements were based on the best available science. The court also ordered Resolute to pay legal fees and costs for some of the claims that were dismissed.

Resolute has indicated its intention to appeal the decision. However, Judge Tigar dismissed the claims “with prejudice,” making a successful appeal difficult. 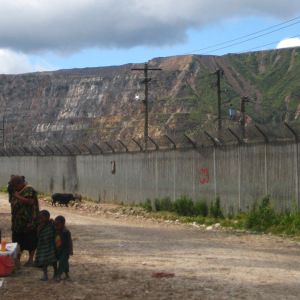 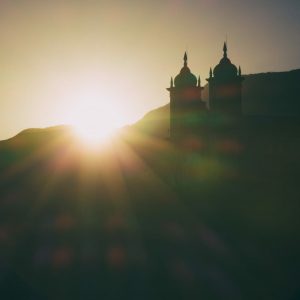