Another Disaster for Thilawa Villagers

Another Disaster for Thilawa Villagers

I am walking on the muddy long road under the gray sky. The wind is blowing wild and free and smells like wet earth. The goats are running, the leaves are dancing, welcoming me to their village. As I walk along the rice paddy fields, I see kids playing and parents working. A tough-looking woman with a rolled up longyi (traditional long skirt worn by both men and women) is shouting out loud for her husband to help her bring the fire wood across the field.

I came to the village to interview them about the Thilawa Special Economic Zone (TSEZ), which is the first special economic zone in Myanmar. It consists of 2400 hectares, and is divided into two phases. Phase 1 had already been developed and Phase 2 (the last 2000 hectares), which includes Phalan village, will be developed in the near future.

The interviewees were a little skittish and shy. They told me how good their lives are right now and how much they would love to stay here, describing the natural resources and a little bit about their lives. After talking with the villagers from Phalan village, I understood why they want to stay in the village.

The tough-looking woman reflected on the hardships the villagers relocated from Phase 1 are facing. They have no access to clean water, their homes don’t have enough space for the whole family, and there are floods during the rainy season. They have no land to grow crops or raise livestock and they have to buy everything with money, as there are no natural resources. People now have enormous debts unlike they’d ever had before. Almost all of villagers are now jobless which has forced some of them to sell their house and become homeless. The promises from the local authorities are not being kept and children’s education has been affected because of the expensive transportation fees to schools, as there are none nearby. The woman from Phase 1 whom I have been talking to is so terrified that her family might have to face impoverishment. With tears in her eyes, she said, “When we see the photos of Phase 1 at kyite khouk pagoda festival, I even cried thinking that we might have to face the same disaster. It’s true that my children will probably get jobs there but there will be no land to grow crops. I love this place and I don’t want to move because we have enough space for our children and the grandchildren.”

Another woman took me to show her garden. She was plucking some of the plants to cook for me. They barely spend money to buy ingredients for a meal. If they are craving chicken, they cook their own stock and pick some vegetables from their surroundings, like mushrooms and bamboo shoots as side dishes. They go fishing if they want to eat fish and they also don’t have to worry about the rice since they are farmers. Especially in the rainy season, they have countless natural resources such as bananas, cucumbers and betel, which they can either sell or consume. The well from Phalan village is so clean, they don’t necessarily have to boil or cleanse the water.

If they have land, they can survive and earn money. Aside from the villagers who own farms, the farmers who have been growing crops like betel, bananas, cucumbers and leeks for generations do not hold legal documents and might face much more problems when they have to move as they don’t have any farms to be compensated for. Also, they are not educated enough to be employed in other jobs. One villagers from Phalan also told me that confiscating rice paddies will bring hardships for the day  laborers. He said, “the land doesn’t rot or won’t be blown away by the wind. Money is useful only if you know how to use it but if you don’t, it will be gone in a blink.” A traditional Burmese saying that show the usefulness of land.

I was walking with one of the oldest farmers along his rice paddy fields. We sat under a banyan tree to take a rest. He told me that he had been driven out and relocated in 1996 and then again 1997. His blood and sweat were all in vain, losing his farm.  Even if he gets his compensation, it won’t be enough for his children’s future. With his hands clenching on his thighs, he asserted, “I don’t have much time left but I will fight for my children even if its kills me.” It sent a shiver down my spine. Every single word from him showed me how much he hated the military and worried about his generations.

People from Phalan village are willing to move for the sake of the country’s development. However, they want proper compensation so that they won’t have to face hardships like they’ve already witnessed in Phase 1. The community organization, Thilawa Social Development Group (TSDG), is trying their best to advocate for the villagers’ demands. Since the environmental and social harms will affect 400 hectares, they will not leave their land until their demands for an improved resettlement and compensation plan are met. NGOs and CSOs are helping as much as they can so that history won’t repeat itself.  I hope the public and NGOs would give more interest to the Thilawa SEZ. The farmers are the reason why we still can eat rice. We need to help them. If we don’t, the leaves will not dance anymore and the villagers like the tough-looking woman will not be able to shout for her husband to help her anymore. 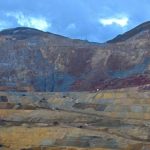 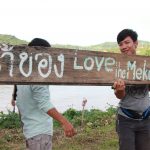 Don’t Let our Future Dry Up, Lend a Hand to Save the River!