In the highlands of northern Peru, a conflict brews between local campesinos (local farmers) and a complex network of international mining corporations. Locals fight to preserve water sources, while mining corporations eye millions of dollars in the form of gold deposits.

Cajamarca, one of the poorest regions in Peru, is already home to one of the world’s largest gold mines, Yanacocha. And in 2010, Newmont Mining Corporation, a U.S. company and the majority owner of Yanacocha, proposed to open Conga, a new gold mine in the region. After seeing the destruction that accompanied the Yanacocha mine, communities in the surrounding communities of Celendín and Bambamarca, have vociferously (and so far successfully), opposed the Conga project.

The Yanacocha project employs a model of large-scale open-pit gold mining, a type of mining that requires vast amounts of water and generates large quantities of chemically contaminated waste. To access the water necessary for mining, Newmont built dams, diverting water away from local farmers. The corporation drained lagoons, and many believe that chemicals connected with the mining have seeped into the communities’ remaining water sources. The proposed Conga project would offer more of the same.

For communities in the Cajamarca Region, the destruction of the lagoons is especially aggrieving. Not only do lagoons serve as a vital water source to the predominantly agricultural communities,  they also hold significant spiritual value to their communities. But protecting the lagoons has come at a cost. On November 29, 2011, Peruvian police, who claim to have been acting as security for the mine at the time, responded to a peaceful anti-Conga protest with violence. Elmer Campos was one of at least 24 protestors injured by police. Elmer was shot in the spine and paralyzed from the waist down. Elmer is now represented by ERI. 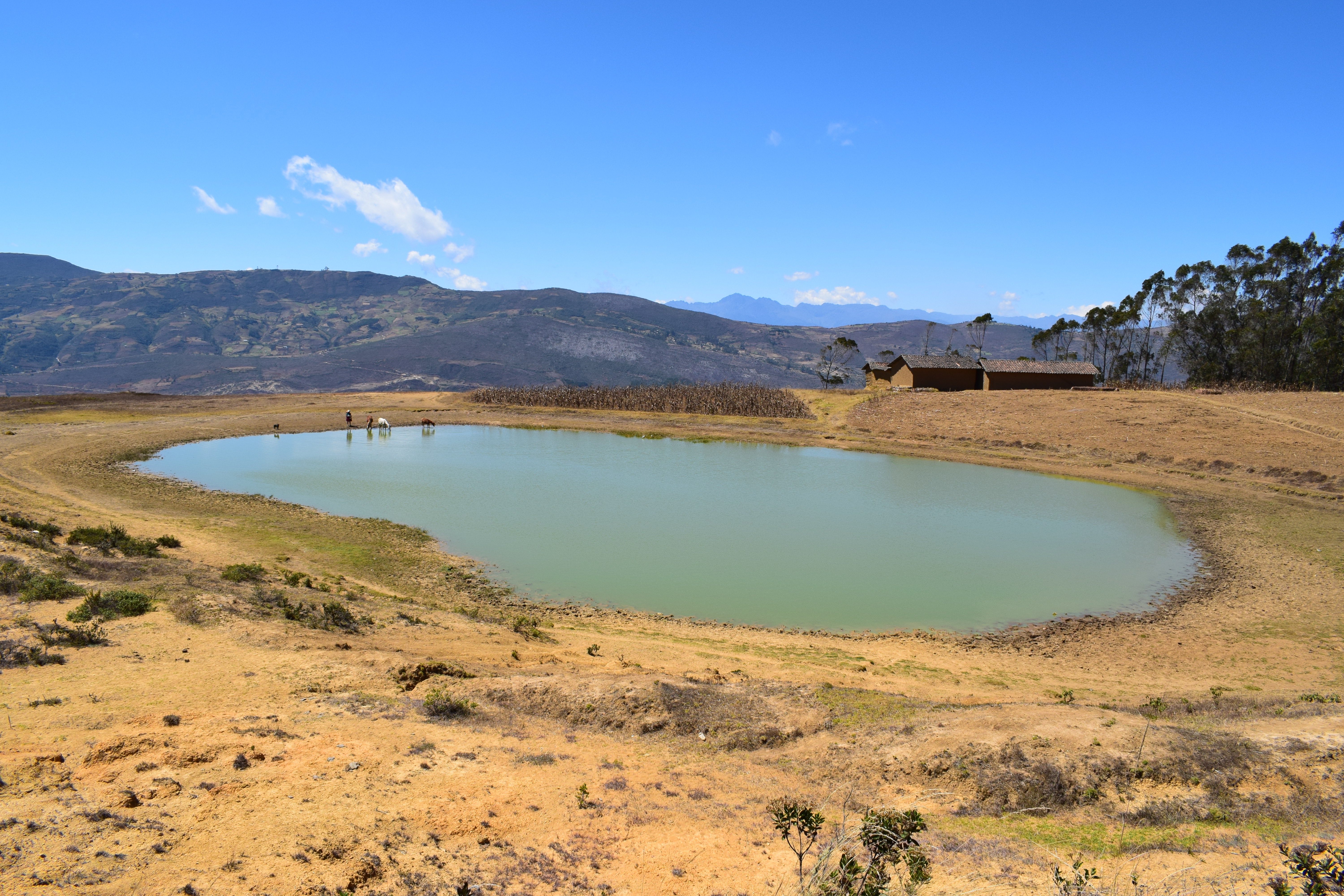 As legal interns summering at ERI’s Amazon Office, we spent a week in Cajamarca meeting with various leaders of the anti-Conga movement. Our trip coincided with the Global Day of Action Against Open Pit Mining, and on that day Milton Sánchez, President of the Interinstitutional Platform of Celendín (PIC), took us on a hike to one of the smaller lagoons surrounding the town of Celendín. Having arrived at the lagoon, we ate a small lunch consisting of locally made cheese and bread and made signs expressing solidarity with the PIC against the Conga project. 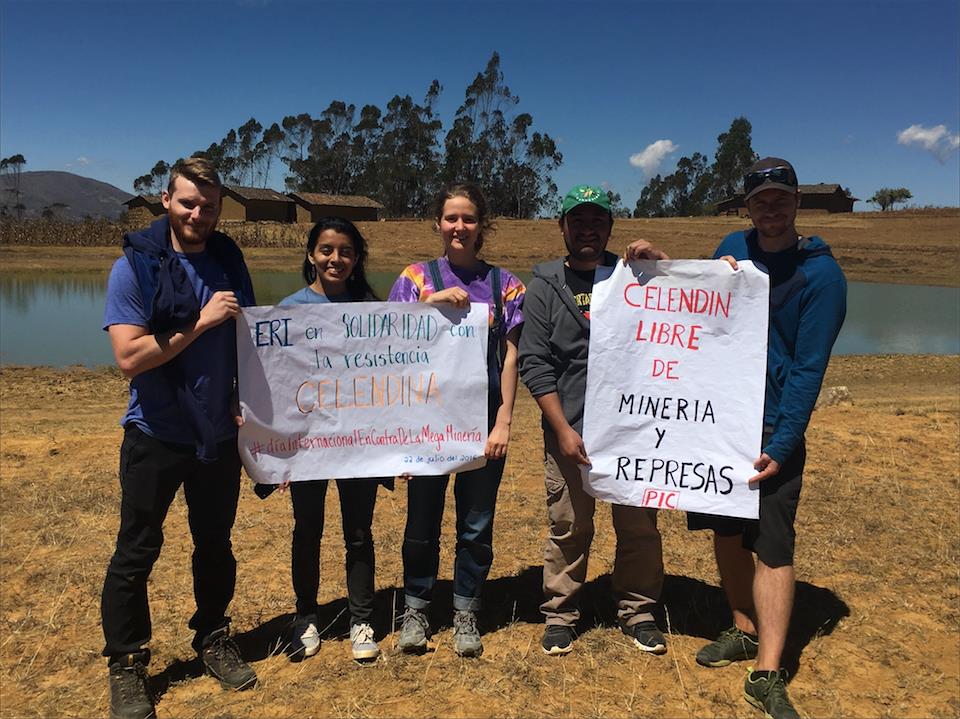 After our trip, we are convinced by the popular saying in Celendín: “Agua Sí. Oro ¡No!” (Water yes. Gold no). After all, “Sin oro se vive. Sin agua se muere” (Without gold you live. Without water, you die).