After 22 Years, the Legacy of 9 Activists Executed with Shell’s Complicity Lives On

Home / Blog / After 22 Years, the Legacy of 9 Activists Executed with Shell’s Complicity Lives On

After 22 Years, the Legacy of 9 Activists Executed with Shell’s Complicity Lives On

One man was a renowned author and producer. Another was a university lecturer. One, a truck driver. Another, an engineer. Many were fathers and husbands. All were executed. Their names were Ken Saro-Wiwa, Saturday Doobee, Nordu Eawo, Daniel Gbokoo, Paul Levera, Felix Nuate, Baribor Bera, Dr. Barinem Kiobel, and John Kpuinen, and most were leaders of the Movement for the Survival of the Ogoni People—a nonviolent grassroots group from the Ogoni region of Nigeria that fought for Shell to clean up lands devastated by Shell’s oil operations in the Niger Delta.

They came to be known as the Ogoni Nine, and, to widespread international condemnation, were convicted of speculative charges on October 31, 1995. By November 10, they were dead—executed by the Nigerian military dictatorship of General Sani Abacha.

In a final statement that Ken Saro-Wiwa penned before his death, he wrote that:

“The Company has, indeed, ducked this particular trial, but its day will surely come.”

And so today, take a moment to remember the Ogoni Nine, and know that their movement is carried forward by survivors and advocacy groups who work to ensure that the day Ken Saro-Wiwa spoke of surely does come—today, their legacies live on through courts around the world:

Over the past 20 years, ERI has worked with Ogoni communities to demand accountability for Shell’s complicity in human rights abuses. EarthRights continues to stand in solidarity with the movement of the Ogoni Nine, and remembers them today.

Human Rights and Big Business in the COVID-19 Era: 5 Trends to Watch 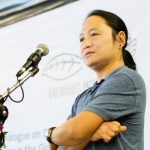 A Dialogue on Chinese Investment in the Global South: Challenges and Possible Solutions 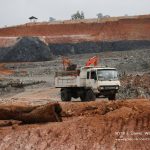