The UN Special Rapporteur on the rights of indigenous peoples made an unofficial visit to Peru last week and met  indigenous groups to learn about their struggles to defend their lands, territories, and livelihoods.

As a side note, the Special Rapporteur, as a young activist,  helped organize indigenous peoples in her native Philippines and successfully stopped the Chico River Hydroelectric Dam and the Cellophil Resources Corporation.

Special Rapporteur “Vicky” Tauli-Corpuz met with various groups in the offices of the National Coordinator for Human Rights, where she listened attentively to presentations regarding the state of affairs of the consultation processes of indigenous peoples in Peru.

Our partners and friends presented cases that we have supported in the past years and currently work on.

For example, Juan Carlos Ruiz from the Legal Defence Institute-IDL spoke first about Peru´s consultation law, giving an overview of the legal aspects of the current situation and the many limitations and challenges that exist in the implementation of the law.

Javier Jhancke from Red Muqui talked about the right to consultation in the mining sector, Ana Leyva from CooperAccion spoke about Consultation in hidrocarbons and then we also heard indigenous leaders like Alfonso Lopez from ACODECOSTPAT talk about how strategic litigation has been used to force the state to consult indigenous peoples living along the Marañon River regarding a waterway project to which the Peruvian government seems committed in developing.

Walter Castañeda, leader from the Rondas Campesinas in Cajamarca and with whom we work with closely, spoke about the Chadin2 hydroelectric dam and the resistance this project faces from local populations due to environmental impacts it would have for the river and the people whose livelihoods depend on it.

Zenobia Cruz, a leader from the community of Arboleda, spoke about her case in the Constitutional Tribunal (which we supported with an Amicus Brief ) demanding the state to consult the community regarding mining concessions. Zenobia is represented by IDL and Rodrigo Lauracio Apaza, who works in the Office for Human Rights and Environment, an indigenous lawyer who participated in our Seminar for indigenous legal advocates 2015 in Lima.

The Special Rapporteur responded at the end of the morning session, saying that she was “very glad to have met leaders personally and heard their stories, and that these kinds of meetings are very helpful to learn firsthand about the realities indigenous communities are facing in Peru.”

Although her visit was unofficial, she will hopefully be using what she learned to share with the Peruvian government.

This post was written by Ximena Warnaars, former staff. 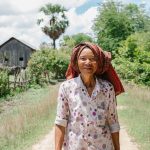 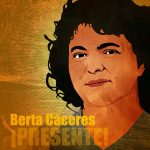