On July 31st, a Civil Court in Thailand ruled that 700 Cambodian families can move ahead with their class action lawsuit against Thai sugar giant Mitr Phol over forced evictions and land grabbing that took place a decade ago. Mitr Phol supplies sugar to the soda giants Coca Cola and Pepsi. Mitr Phol invested in sugar cane plantations in the Oddar Meanchey province of Cambodia where the families part of the lawsuit saw their homes and livelihoods destroyed by the company.

Mitr Phol is a member of Bonsucro production standards and certification–the global  platform that promotes sustainable sugarcane production, processing, and trading. With the world standard in investment, Mitr Phol is obliged to uphold environmental and social sustainability standards across its supply chain. This lawsuit underscores the importance of industry best practices for supply chains and reminds us why companies like Mitre Phol that invest in sugar cane plantations and processing must comply with them.

The suit demands appropriate compensation and remediation from the company, as the plaintiffs claimed their homes burnt down, and the company took community land. After communities submitted a complaint to the National Human Rights Commission of Thailand (NHRCT) in 2014,the commission conducted an official investigation and a fact-finding mission took place. Its findings confirmed that Mitr Phol was violating the human rights of the community.

The fact-finding has resulted in a set of policy recommendations to the Thai Cabinet to regulate and monitor Thai investments abroad. Civil society advocacy has resulted in the enactment of the Cabinet Resolution in May 2016, specifically to a mechanism to control the extraterritorial obligation of Thai investments abroad. This extraterritorial obligation of Thai investors abroad and the duty to comply with human rights due diligence clearly highlighted in the National Action Plan of Thailand on Business and Human Rights (NAP), which Thailand is the first country in Asia endorsing the plan.

In this suit, the Cambodian communities continue to demand fair and just compensation. This submission sets an important precedent for future transboundary class action cases and will hopefully ensure that companies that invest abroad are held accountable for human rights violations. According to Sor.Rattanamanee Polkla, a public interest lawyer and Founder of the Community Resources Centre Foundation :

“Transboundary litigation like this will set a precedent for other cases where the victims of human rights abuses could seek remedies in the court of their home state (Thailand). This is an effective system that poor communities impacted by Thai investment abroad could seek redress and compensation. Although trust in their own country’s justice system may be low, seeking justice beyond the jurisdiction of the country where harm occurs is the alternative that could provide an effective remedy for impacted communities”.

The role of transnational litigation in providing justice for the communities is becoming increasingly critical. This is an effective remediation mechanism for communities that seek redress and justice caused by harms associated with Thai investments. As a member of the ETO Watch coalition, EarthRights advocates for trans-national and ASEAN regional regulatory mechanisms according to business and human rights standards.

“Thai investments abroad such as coal and special economic zones could draw the lesson learned from this lawsuit,” said Sor.Rattanamanee Polkla. 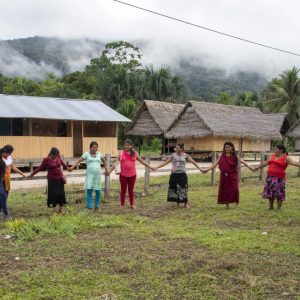