Home > Blog > “A Foreseeable Disaster”: New Report on the Negative Impacts of Forced Displacement Caused by the Thilawa SEZ

“A Foreseeable Disaster”: New Report on the Negative Impacts of Forced Displacement Caused by the Thilawa SEZ

Physicians for Human Rights (PHR) in cooperation with Japanese NGO Mekong Watch and local organization, Thilawa Social Development Group (TSDG), recently released a report titled “A Foreseeable Disaster in Burma: Forced Displacement in the Thilawa Economic Zone”. The report accuses the Myanmar authorities of violating international standards relating to relocation and resettlement, highlighting the negative impacts on communities forcibly evicted as a result of the first phase of the Thilawa SEZ project, which is being developed with the Japanese government.

PHR’s research includes testimonials from approximately half of the 68 households relocated as a result of the first phase of the SEZ project. PHR found that households were not consulted about the project, they received inadequate compensation and the resettlement process fell short of international standards.

“Instead of providing affected families with an opportunity to challenge the displacement or offered compensation, as outlined in international standards, the government issued threats to Thilawa residents,” the report said.

PHR researchers found that the relocation site does not meet the minimum standards for a refugee camp, let alone a planned community. Both the water sources and latrines were improperly constructed and water samples tested from the relocation site were found to be unfit for human consumption.

The authorities also failed to provide adequate compensation or means for alternative livelihoods, which have resulted in additional adverse consequences for health conditions and food security. Displaced families report higher levels of hunger, child malnutrition, and sickness.  The report finds, “Without intervention to improve livelihoods, the nutrition and health situation in the relocation site will continue to deteriorate.”

The report calls for transparent procedures for evictions, improved humanitarian conditions at the relocation site, and for international standards to be followed in future relocations connected to the Thilawa project.

If international standards are followed displacement should not adversely impact the standard of living of those displace. There are significant concerns that when an additional 846 households are displaced for phase two of the SEZ project, the catastrophe of the phase one relocation will be repeated. These concerns are growing as both the Myanmar Government and the Japan International Cooperation Agency (JICA) fail to address the resettlement problems and the plight of the communities affected by the first phase of relocations.

In June, three residents filed a formal complaint under JICA’s Objection Procedures, regarding the eviction, relocation and hardship faced by the resettled communities. JICA’s Examiner investigated the complaint, and while the results of the investigation acknowledged some negative impacts on residents with respect to loss of access to farmland and employment opportunities, it ultimately concluded that there was no problems with the relocation of farmers or compensation provided.

“We had a lot of hope in the JICA Examiner’s report, but this hope is gone. I am not satisfied with this report. It is really different from PHR’s report. The JICA Examiner’s report hides the truth. The PHR report describes the truth of what they have seen and they have heard from us,” said Aye Khaing Win, a member of TSDG who was relocated from Phase I of the project in November 2013.

The PHR report also calls for the U.S. government to monitor Phase II of the Thilawa SEZ and raise the issue of forced displacement in bilateral communications with the governments of Myanmar and Japan. Furthermore, PHR recommends the strengthening of the Reporting Requirements for U.S. corporations doing business in Myanmar, requiring all reporting to be made public and to include independent assessments of the impacts of investment on livelihoods and health. 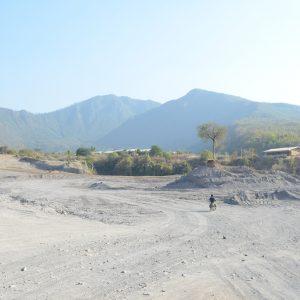 Pozzolan Mine Wearing out the People of Mt. Popa 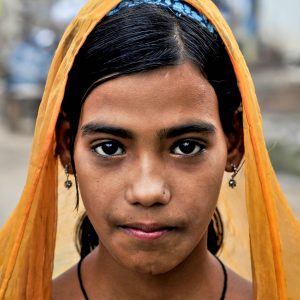 On the 30th Anniversary of the Bhopal Disaster