January 27, 2020, Washington, D.C.–This week, Maxima Acuña Atalaya and her family filed a petition for rehearing in their case against Newmont Mining Corporation. The filing follows a ruling by the U.S. Court of Appeals for the Third Circuit last month that upheld a lower court decision that, despite serious judicial corruption in Peru’s courts, the family’s case against the U.S.-based corporation should be heard in Peru rather than in the United States. The family is represented by EarthRights International.

“Newmont Mining has harassed and intimidated Maxima and her family for years,” said Wyatt Gjullin, Staff Attorney for EarthRights International. “Yet at every turn, U.S. courts have impeded their quest to seek justice. The last two decisions did not address the underlying facts in the case. They resulted from the flawed application of a technical procedural doctrine. With corruption running rampant in Peru’s judicial system, Newmont is blatantly trying to avoid accountability. Let the family have their day in a fair court.”

Subsistence farmers from the rural highlands of Cajamarca, Peru, Maxima, and her family, sued Newmont in the United States for abuse at the hands of the company’s security forces. Last March, the U.S. District Court for the District of Delaware dismissed the case in favor of sending it to Peru without opining on the underlying facts. In December, the Third Circuit upheld that decision, ruling that the lower court did not abuse its discretion in reaching this result, “despite the recent, serious allegations of corruption.” After more than three years, U.S. courts have not reached the merits of the family’s claims. The district court’s dismissal was “without prejudice,” meaning that U.S. courts have left open the possibility that the Chaupes could return to the U.S. if the Peruvian courts refuse to hear the case or if Newmont doesn’t abide by the conditions of the dismissal.

For nearly a decade, Newmont has intimidated and physically attacked the Chaupes, killing their animals and destroying their property, all to force them from their farm to pave the way for a massive open-pit gold mine. The family sued the mining company in its home forum of Delaware. Asserting that it would inconvenience them to litigate at home, Newmont sought dismissal of the case, arguing that it should instead be brought in Peru, notwithstanding Peru’s notoriously corrupt court system.

The district court found that the family had produced both concerning evidence of systemic judicial corruption in Peru’s courts and specific evidence of Newmont’s past attempts to corrupt the Peruvian courts. But it ruled Newmont carried its burden to show that Peru was an adequate forum to hear the family’s claims based on ongoing corruption reforms and the family’s ability to prevail in other matters before the Peruvian judiciary.

The Third Circuit further ruled that a Peruvian government report issued after the district court’s decision concluding “without a doubt” that the reforms implemented by the government are “insufficient to recover and ensure the guarantees of a correct administration of justice at a national level” did not warrant a different result. EarthRights also asked the Court to consider the political chaos that consumed Peru during the appeal when Peru’s reformist president was ousted by its Congress in what many called a coup, sparking massive, deadly protests and undermining any progress Peru might have made on anti-corruption reform. The Court’s opinion failed to mention or address this development.

The family has argued that the district court made several legal errors and abused its discretion in dismissing the case. Far from requiring Newmont to prove that Peru is an adequate forum, the court acknowledged that it “remains concerned that [the] plaintiffs’ ability to be fairly heard in Peru is compromised.” It also impermissibly resolved a host of factual conflicts in Newmont’s favor, even against the great weight of the evidence, failing to adequately understand the extent of corruption within the Peruvian court system. The appellate court failed to correct these errors, which is why the Chaupe family filed yesterday’s petition for rehearing. 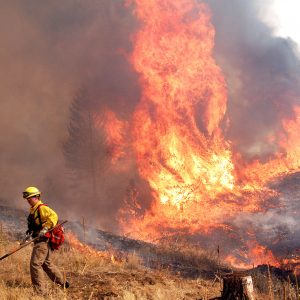